Categories: Computers, Hackintosh, My Projects
Tags: No Tags
Comments: No Comments
Published on: 20/06/2012

As I’ve promised in one of my previous posts, I’m going to tell how to connect an original Apple Bluetooth module to a Hackintosh.

The Apple Bluetooth module has some advantages compared to a Bluetooth USB dongle, because it is 100% compatible with Mac OS and allows perfect work of a wireless Apple keyboard, mouse or touchpad. For instance, it will be possible to wake up Hackintosh with those devices.

The most convenient to connect is a module from MacBook А1181. Some other modules can be connected in a similar way.

A Bluetooth module for Macbook A1181 can be bought on e-bay for $15-20. But it is important to make sure that a connection cable and an antenna are included. Here is a photo of the one that I’ve bought: 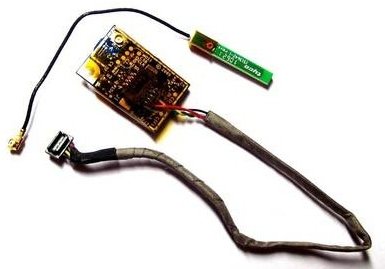 But the module cannot be connected to Hackintosh straight away. Some modifications are required. Firstly, the socket needs to be replaced. Secondly, the module requires 3.3V power supply instead of 5V that is used in USB.

It is not a problem to convert 5V to 3.3V with LD1117 DC-DC converter and a couple of capacitors. I’ve created a simple adapter with a proper motherboard USB connector on it. I’ve just cut the connector on the module’s cable and soldered the cable straight to my adapter. It is quicker and cheaper than try to find the proper socket. For better reliability I’ve used zip-tie to fix the cable to the board.

Here is a photo of my PCB: 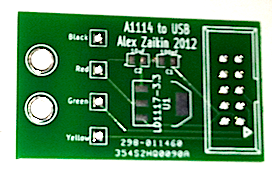 And here is the board with all components soldered to it:

A USB connecter on the motherboard is not a standard IDE socket, despite that it has the same pitch. It is smaller. I’ve solved the problem by cutting the excessive plastic on a standard socket with an engraver.

I’ve checked that the DC-DC converter works properly before connecting the adapter to the computer as well as soldering the module to it. It had 3.3V on its “Red” and “Black” solder points. Only after all checks were performed the module was soldered and the adapter connected to my Hackintosh:

A fixed the cable with sticky tape. Mac OS recognised it straight away: 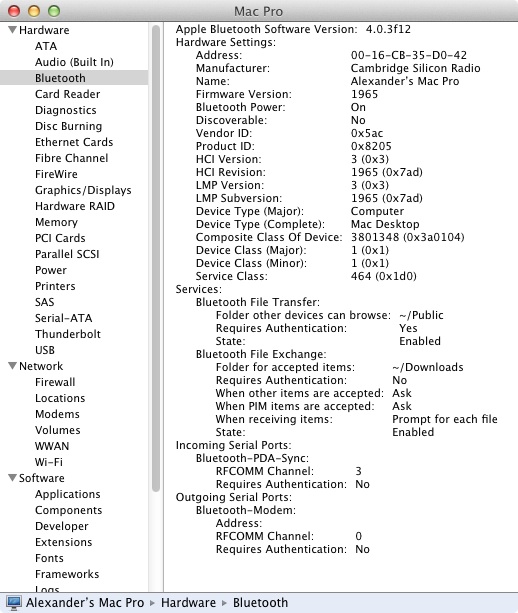 So, now my Hackintosh is equipped with original Apple Bluetooth.

I still have some adapter PCBs left over and can send it to anybody interested. You can order it in my shop. Also, I can send a kit or even presoldered board (except Apple Bluetooth module).

Before ordering, make sure that a USB connector on your motherboard is compartible with it on “Gigabyte GA-Z68X-UD3H-B3” that I’ve used: 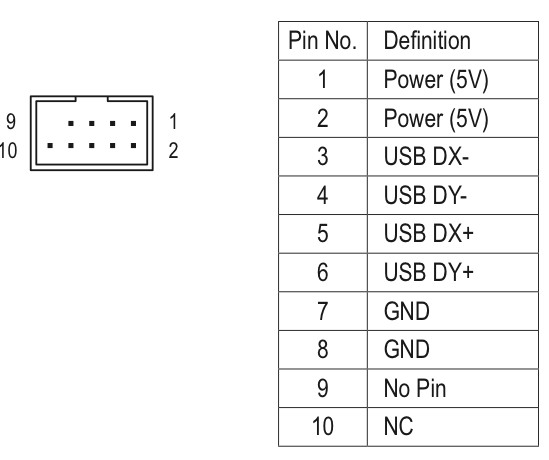 The rest posts about Hackintosh you can find here. See ya!