For those who enjoy electronics
Language:
« Spool holder and a fan for 3D printer - How to add bluetooth music playback in a car »

Not so long ago I found out about a very interesting computer under the name of Maximite. It is built on the microprocessor PIC, on which are assigned all the main functions of this computer. This small device was made in 2011 and became popular enough so that now some games and programs were made for it, including a retro computer emulator. The main programming language is Basic. More information on its characteristics can be found at: http://geoffg.net/MaximiteFeatures.html.

Here are most of them:

I found it very interesting to order a kit and make one. Different variations of it exist and their prices begin from $30. I found the full kit that can produce a color image and includes a case. The price of this (including delivery) was a little less than $100. This is how the kit looked like when I received it: 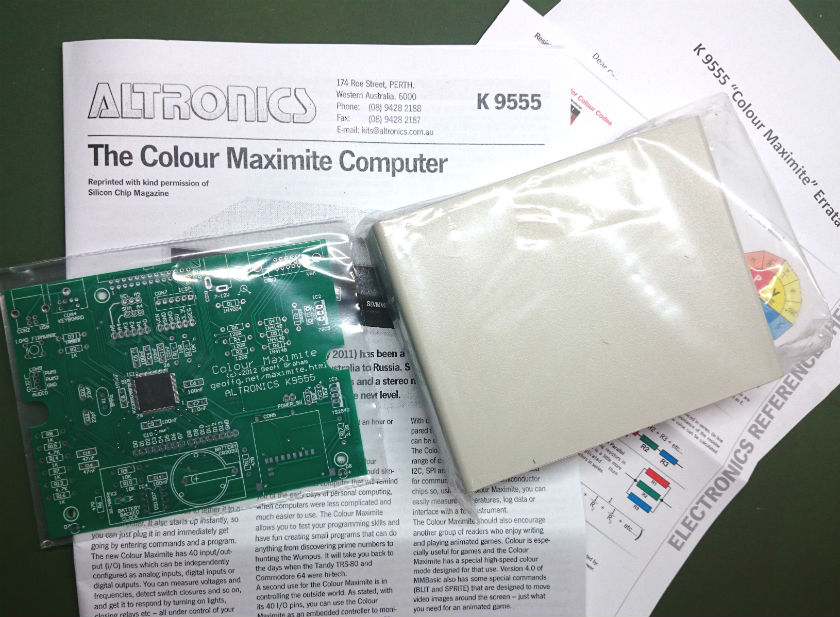 A PIC chip was already soldered onto the board, which is not too easy to soldier for a beginner. I looked upon this kit as a weekend project. It will only take a few hours to assemble this computer, since there are not too many elements and their soldering is accessible to even a beginning electronics enthusiast: 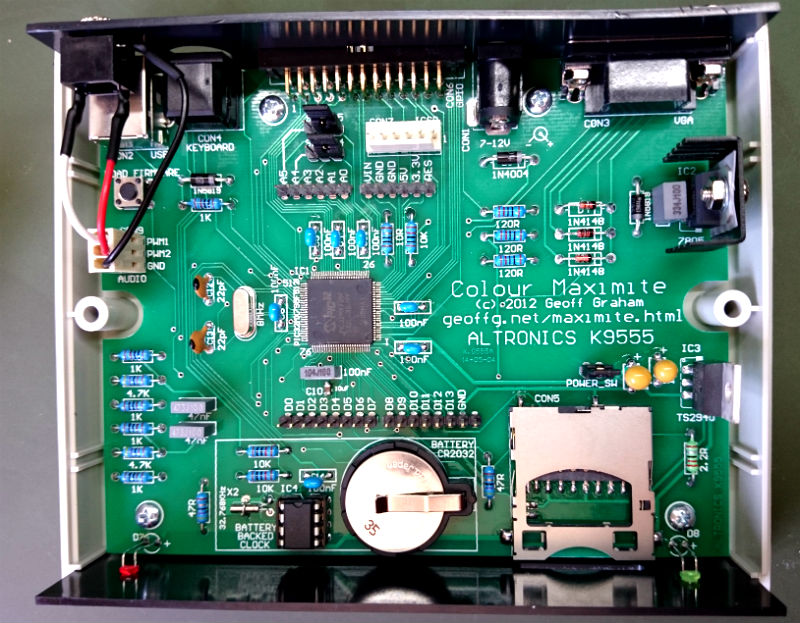 With the correct assembly this computer does not require tuning and should work instantly: 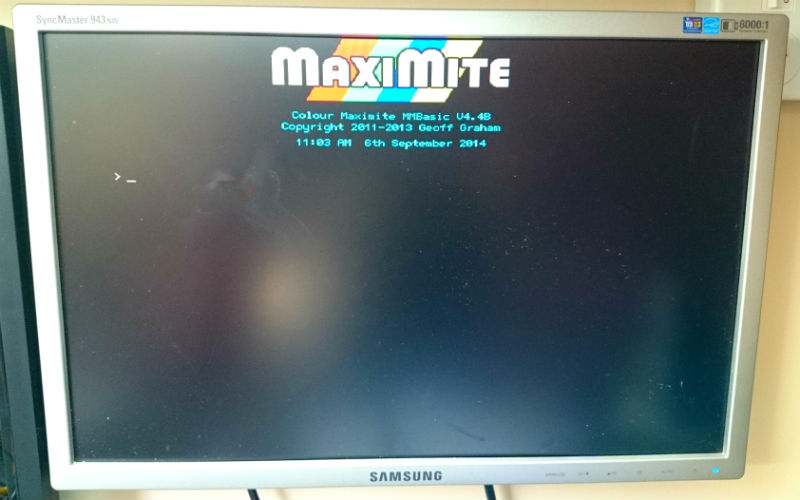 From a practical point of view, I think, this computer does not provide much interest, since all its functions can be performed with other devices at a smaller price. However, it is invaluable as a very interesting hobby-project. I got a large amount of satisfaction from the assembly of this computer, as well as the ability to program on it. This caused nostalgic feelings from those times when computers did not have a graphical interface and object oriented programming. 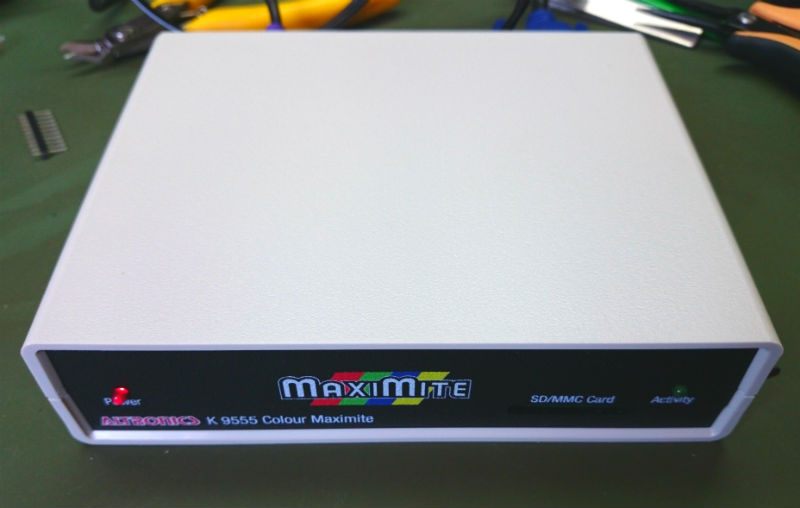 I also plan to return to this computer in one of the next posts with some examples of its programming. Until next time!